In order to test our assumptions and the efficiency of the message we intend to pass with this experience, it was fundamental to build an actual room with the basic elements for the user testings. So we used the room next door to our studio and created a “student room” atmosphere: a table with a notebook on, some books and a bed. There were two versions of the room: an early one, containing nothing but only the basic elements, and a second one, with modifications based on users inputs, with extra decorative elements to feel more cozy and warm. Reflecting upon it and making a parallel with Houde’s (1997) paper “What do prototypes prototype”, our main goal was to test the “look and feel” of the system and the ambiance, since we were most interested in the emotional responses of our users, and whether to not they would match our assumptions. 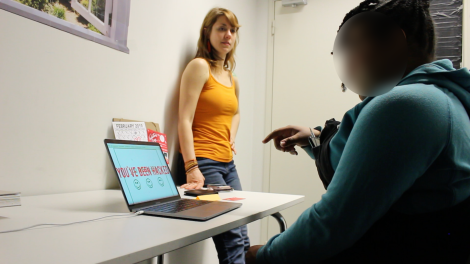 First version of the room 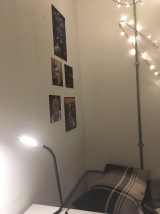 Second version of the room

For the second round of testings we also modified the endings, making it more dramatic and explicit in which ways their data was stolen, hopefully making the experience feel a bit more personal.

Second version of the ending: more dramatic and explicit

Overall we were very pleased with the results, as our assumptions turned out to be correct and we have achieved the emotional responses we were looking for.